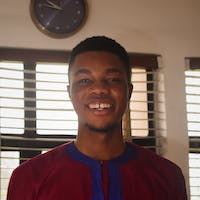 To say the year has been cr-aazzz-y would be an understatement, really. Pandemic, uncertainties, ups and downs, but the important thing is that you have made it this far.

But beyond the craziness of this year, there are more things we can smile about in the community. We hosted and recently concluded the annual space, technology and data hackathon in Port Harcourt--but virtually, this year, as expected. 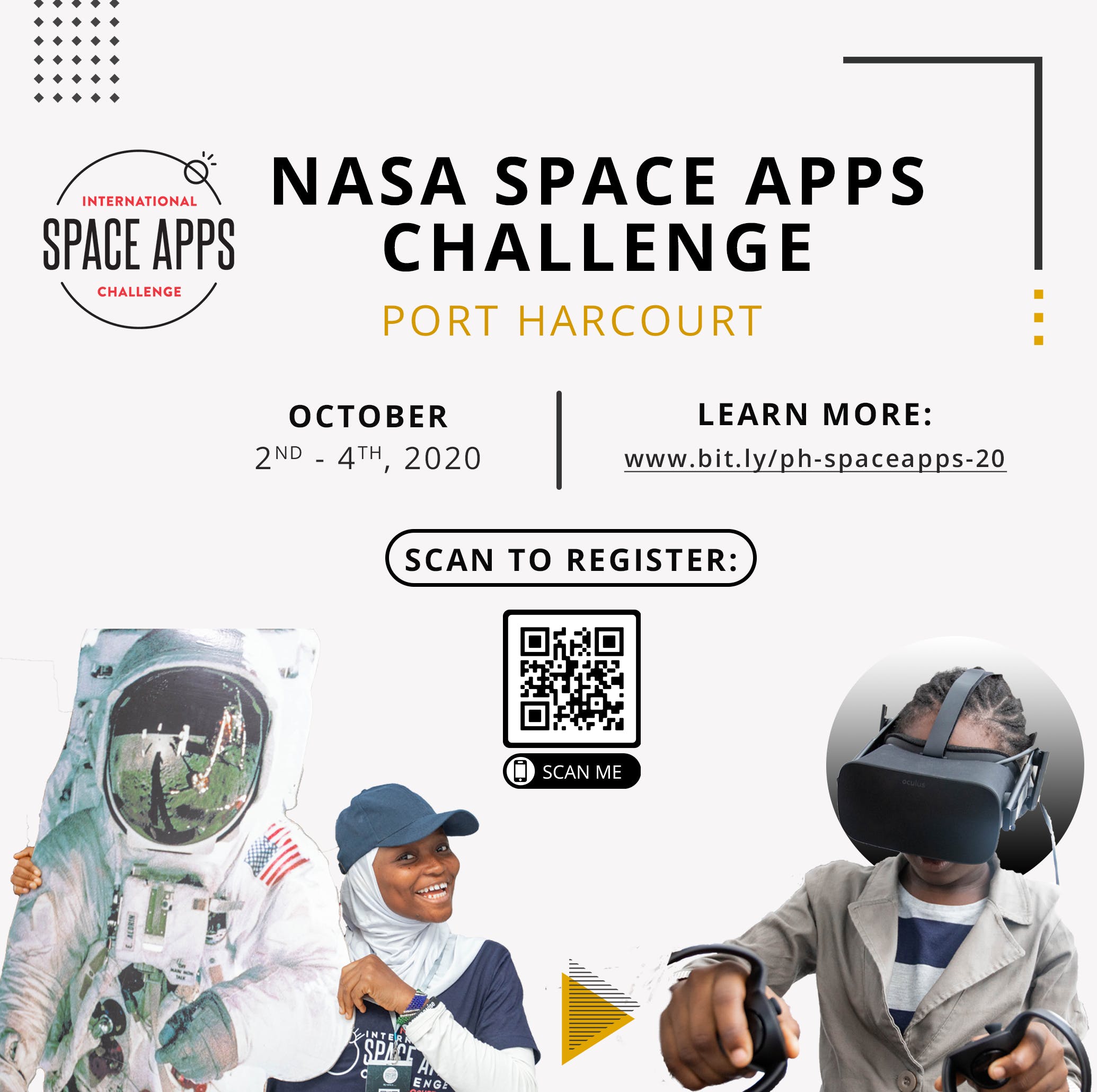 What Is NASA Space Apps Challenge?

The NASA Space Apps Challenge is the largest global hackathon powered by Space Apps (a NASA incubator innovation program) where National Aeronautics and Space Administration (NASA) invites coders, entrepreneurs, scientists, designers, storytellers, makers, builders, artists, and technologists to come together in a global, virtual hackathon, to engage with the free and open data to address real-world problems on Earth and in space.

During a period of 48 hours (for 2020, October 2nd-4th), participants from around the world came together to create virtual teams and solve challenges using NASA’s open-source data.

Port Harcourt City was no different this year and has been for the past 3 years. As the host of this year's hackathon, we did what we could to make sure Port Harcourt was represented on the map this year. The report can be found below.

The hackathon this year was held on October 2nd, 3rd, and 4th. There were 13 people who joined the International Space Apps Challenge, with 2 teams formed. These two teams focused on solving 2 completely different problems. Unfortunately, only one team was able to complete their project before the end of the virtual hackathon, and the local results, including the work of this team, can be found on the teams' tab here.

The Participating Teams and the Problems Were Trying to Solve

The participating teams include "ARVRAfrica Port Harcourt" a team formed by the augmented and virtual reality community in the city of Port Harcourt, and "Dark Shades" a couple of participants that tried to leverage data to solve their required challenge with machine learning technology. 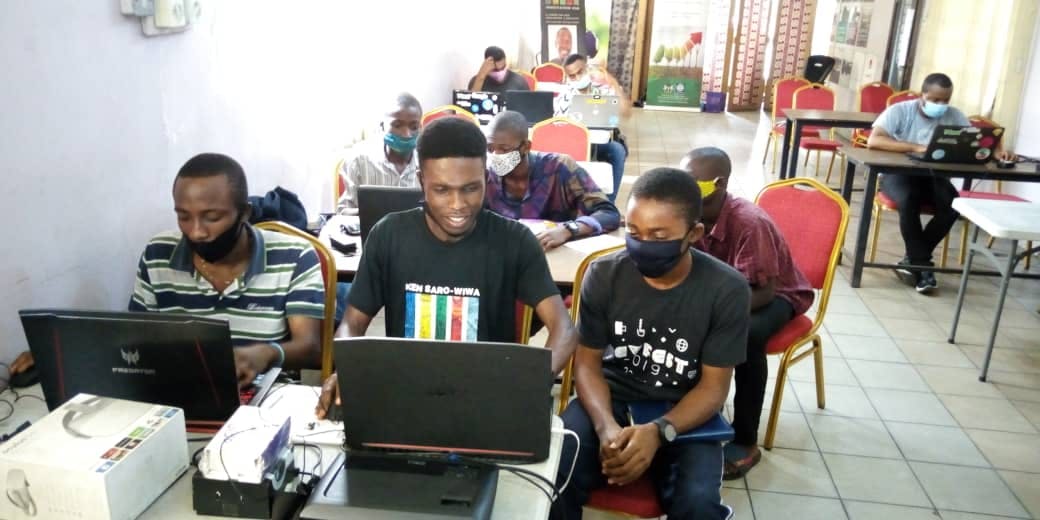 The challenge this team had to solve within the 48-hour hackathon timeframe was "... to create interactive 3D models of equipment (e.g., planetary geology tools) that future space explorers can use for activities like exploring a planetary surface". The team, led by the amazing Ryan Raphael, were indeed up to the task as they came up with the necessary solution right before the deadline.

According to Ryan, the team "... made an AR app that shows the "New Rover" that [could] be used to quickly drill into the hard soil formation of Mars and get info[rmation] about it like its constituents (of the soil/rock formation). It features a simple design to really enable the rover [to have] an easy and swift mode of transport while [on] Mars. It [also] features a boxy body to protect 80% of its components from Mars' strong ultraviolet radiations.

It (New Rover) also features a single high definition camera at the top to take Panos more quickly and efficiently. This is cost-effective, therefore, making the "New Rover" cheap to build but gets the job done."

You can watch Ryan pitching about the solution his team developed below;

You can also watch a brief demo of their solution below;

The ARVRAfrica Port Harcourt team was the only team able to submit their project just in time for reviews by our judges Chibuike Emmanuel (a farmer and development entrepreneur) and Philip Obiorah (a PhD researcher at the Computer Science Department, University of Port Harcourt).

Their solution won the Local People's Choice award for this year's event, as it was not just because it was the lone project completed, but it was innovative and useful according to the judges' evaluation. 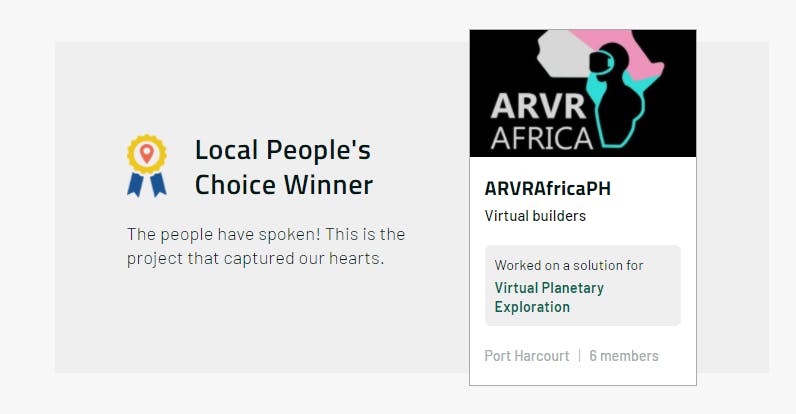 The team not just crushed the event at the local stage, they were also nominated for the Global Awards. This is huge and was very much celebrated among the team. This achievement is one to be celebrated because, of the 2,200+ projects submitted for judging, approximately 340 were selected as Global Nominees and they were part of the 340 globally selected projects!

✔ Certificates of participation from the NASA Space Apps global team.

✔ Life-time recognition on NASA Space Apps challenge website for teams that participate (reference other years) which you can add to your LinkedIn or resume.

✔ A 14-day trial of Tableau prep and Desktop to help you build vibrant data visualizations during the NASA Space Apps challenge and a free 90-day trial on Tableau e-Learning platform.

Details On Next Years Hackathon

While we are not sure if we would continue hosting the hackathon next year at the Port Harcourt School of AI, we will do our best to contribute to the sustainability of this program, and the successful transition of all necessary resources needed to make next year's NASA Space Apps Challenge Port Harcourt a success!

Closing Thoughts, and What's Next! 🚀

It was an amazing ride during the otherwise intense 48-hour hackathon. We want to thank everyone that participated one way or the other in making this year's NASA Space Apps Challenge work. It was indeed a pleasure leading this year's event.

I hope you’re still carrying the spirit of Space Apps with you as you tackle problems in your daily lives. Thank you all for showing up, for offering your innovative ideas, and for sharing in our community, and event this year!

From Stephen to you; good luck in the future, and please stay safe. I'll leave you with the closing from the global community lead for this year's event (Matt Scott); 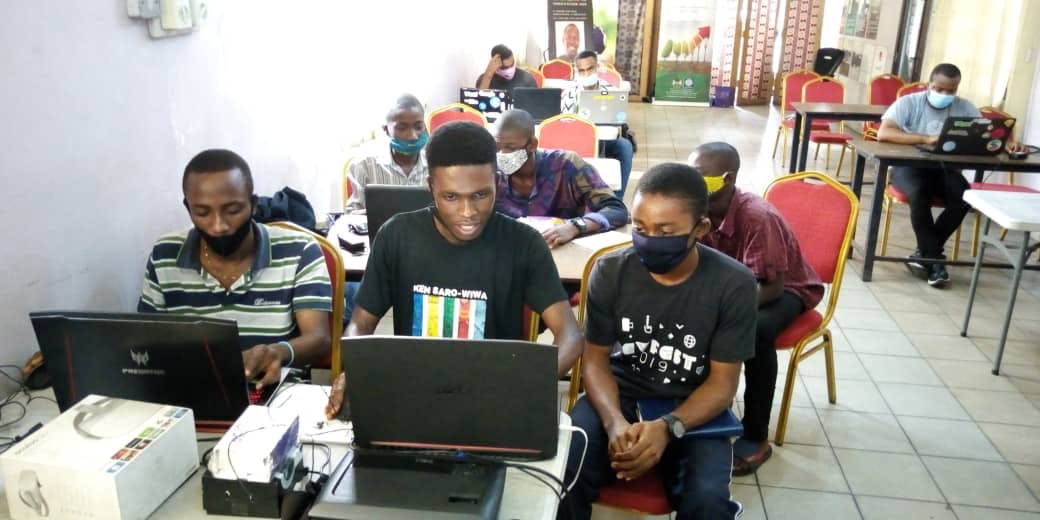 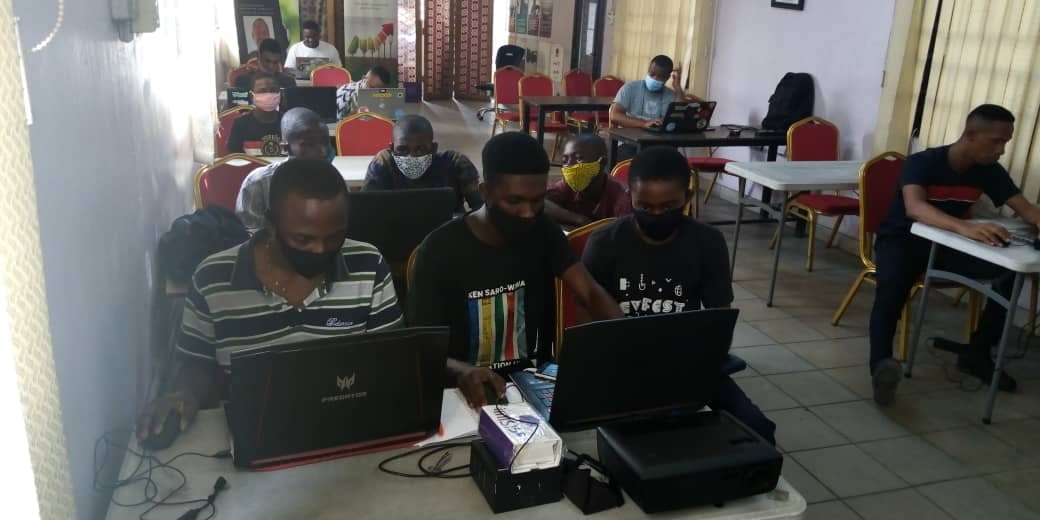 What are your thoughts on this article? Let us know in the comments below.